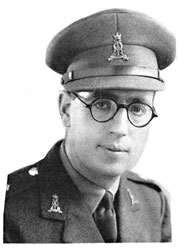 Nursing his wife for six years after she had a stroke made William Avery realise he wanted to do something to help other sufferers. Now 16 months after his death stroke sufferers in Croydon are to benefit from a £200,000 legacy left by the former teacher. Mr Avery, who died in December 2003 aged 91, left the money to the stroke association in memory of his wife Pat, who suffered a stroke aged 78. Mrs Avery, a regular at May Day Hospital’s stroke club until her death in 1999, had been left with dysphasia, an impairment of a person’s ability to communicate, making it difficult for her to speak.

The Stroke Association and Croydon Primary Care Trust (PCT) launched the new support services funded by Mr Avery’s legacy at the hospital recently. Mr Avery’s younger brother, Alan Avery, who was executor of the estate, said: “My brother was a good man and he felt strongly that people who have had a stroke should receive all the services they need. Pat loved going to the stroke club and it helped her regain the confidence which the stroke initially took away. We are so pleased to be able to give something back to the community.”

William Avery taught history at a comprehensive school in Wandsworth and was head of maths at Greenshaw High School in Sutton before he retired in the late 70s. He also served with the Royal Engineers seeing action in North Africa and Italy during World War Two.

The association and PCT will use the money to provide a family support and dysphasia support service for the whole of the borough. The service will provide people who have had a stroke with face-to-face support and advice from a family support organiser and stroke sufferers who have difficulties communicating will also receive one-to-one help with speaking, reading and writing from the dysphasia support organiser as well as the chance to meet other sufferers in a similar situation.

Sandra Field, the Stroke Association’s greater London regional manager said: “Every five minutes someone in the UK has a stroke and nearly 600 people in Croydon have a stroke each year. We rely on donations, including legacies such as Mr Avery’s to fund many of the services we provide. Until now stroke survivors in Croydon have had no face-to-face help so we hope the family and dysphasia support services will be available for decades to come.”

Caroline Taylor, chief executive of Croydon PCT, said: “We are very grateful to Mr Avery and his family for their generosity and we are delighted to be working with the Stroke Association to set up these new services. Mr Avery’s legacy will help us to provide direct and practical support to the many people affected by stroke in and around Croydon”